SPACE FOR CREATIVITY AND KNOWLEDGE

The new building design in which we propose to house the Argentine pavilion of the International Exhibition of 2023 is conceived with the primary concept in mind of a ‘Grand Hall’. It will be symbolic of the birth of Argentina, having faced its own challenges, and joined the world with a modern and inclusive spirit.

The building will be situated on the proposed site standing alone featuring a single large nave that compliments the geometry of the existing lot to its full extent.

Its glazed walls will allow you to see the different structures in which the building is composed. It will be covered by a large metal roof that accelerates the effect of perspective by increasing its height towards its southern end while pointing its monumentality towards Avda. Gral. Paz.

The program basically takes place on three levels that takes advantage of the natural unevenness that the lot entails.

The public access floor will be the main circulation course to all activities. Access to the building is located on the north face, which exists at the level of the main avenue that runs through the entire complex. Three important walls of LED technology will be introduced and will be located adjacent to the main access projecting images of the related activities of the center, and welcoming both the local and foreign tourist audiences.

Once having entered the building the public meets the building in all its magnitude. After entering a one experiences a very bright space, full of color, with a mirrored ceiling where it will viewed and will display the dimensionality of the plant. This ceiling that interacts with the glazed walls, increases the feeling of luminosity and spatiality of the whole while at the same time recognizes the functions of each part of the building, which again are manifested through complimenting colors. Thus achieving an immediate identification for the visitor.

From that access hall, the public then travels to the other areas of the resort's various attractions:

The Exhibition Halls, conceived as a large divisible space through the use of removable panels provides for flexibility according to use and needs of the exhibit.

The Auditorium Room, sits within a large glazed space, and allows you to view its activities from the outside of the building. Depending on the present climate and lighting as can be seen through the curtain panels.

The Grand Dome, is where the Immersive Projection Room is develops. Which by its shape adds an important tectonic image to the set.

Both of these rooms, the Auditorium and the Immersive Projection Room, are preceded by the Pre Show Room developed and with access provided from the lower level, providing a route that allows the public to travel throughout and capture both the complex and its surroundings.

Also at the main access level, there is access to the workshops and classrooms that are located on a higher level and defined by a tubular structure projecting the image of a similar ‘huge worm’ that spatially runs from the west to east of the building while embracing the showrooms.

On the lower level, the natural slope of the land is used as a base and access to the Auditorium and the Immersive Projection Room, being that it is located between both accesses of the Pre Show Room. It will be a dynamic space that will allow the public to travel and participate in various activities, both wile waiting for an audition or for a tour of ones chosen particular interest.

It is also at that level that the areas of service, vehicle access, and parking are developed. This entrance oriented by its south-west face serves both vehicular and pedestrians and the employed staff serving the complex. In addition there will be maneuvering benches for cargo transport, the garages, the engine rooms, the workshops and warehouses of the complex.

Located also on this level will be the management and administrative offices of the complex as well as the cafeteria. Above the auditorium there will exist 180 degree views of the complex which will allow for access to the pre show room through its vertical circulation design to an entertainment space.

The overall building has the image of a large glazed hall, which like the large historic buildings of international exhibitions, allows for its functions to be transparent through its glass walls. The different auditoriums and showrooms are read from the outside through the color that identifies them, which when illuminated allows for a beautiful symphony in its reflection on the surface of the lake located to the south and facing Av. Gral. Paz.

The Dome of the Projection Room, takes fundamental importance in terms of its symbols and imagery. Both in its shape and in its color that reflect in the water while mirroring and resembling that of a nascent star.

The building rescues the values it is intended to symbolize, by way of transparency, inclusion, technology, and in its tradition of the Argentina, in which seeks its own place in the youth of a contemporary design.

The building materializes on two levels. The lower level up to the slab is on a subsurface, that will be a traditional concrete structure, modulated in such a way, as to generate a flexible and resistant frame.

The Grand Hall is based on a system of articulated steel columns, which constitute the support of the steel structural system of the metal cover. This structure remains independent of the wall system and will carry its own loads.

The walls of the tubular structure – which house the workshops and classrooms and complex management – will function as an acoustic damper. They will wear an acoustic coating, designed to absorb the ambient sounds of the environment, avoiding the rebound of the same withoutis any consequential discomfort.

The structures in general, both that of the Dome, and of the other parts that make up the building, will be metallic, with an enclosures of dry panels. 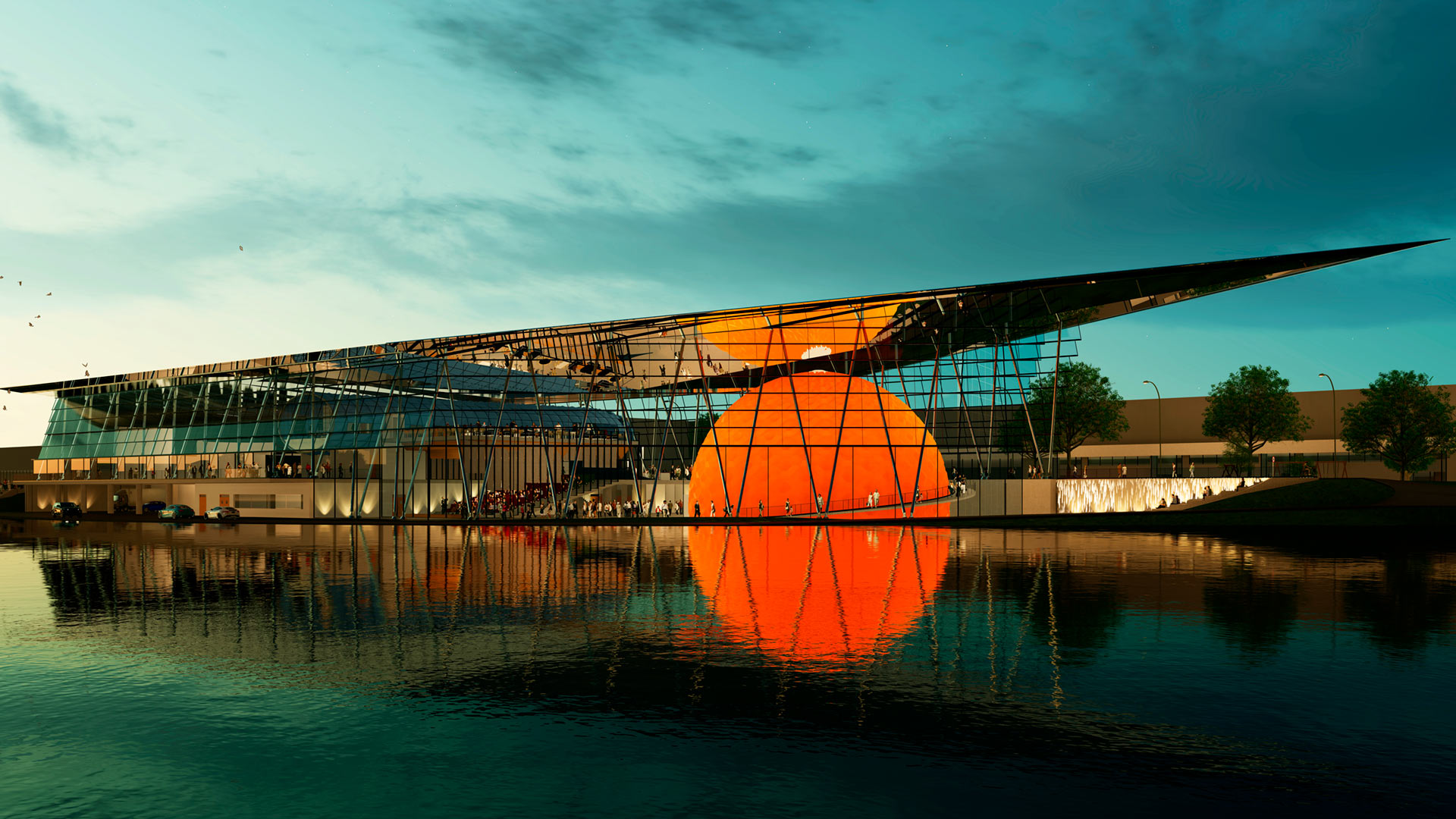 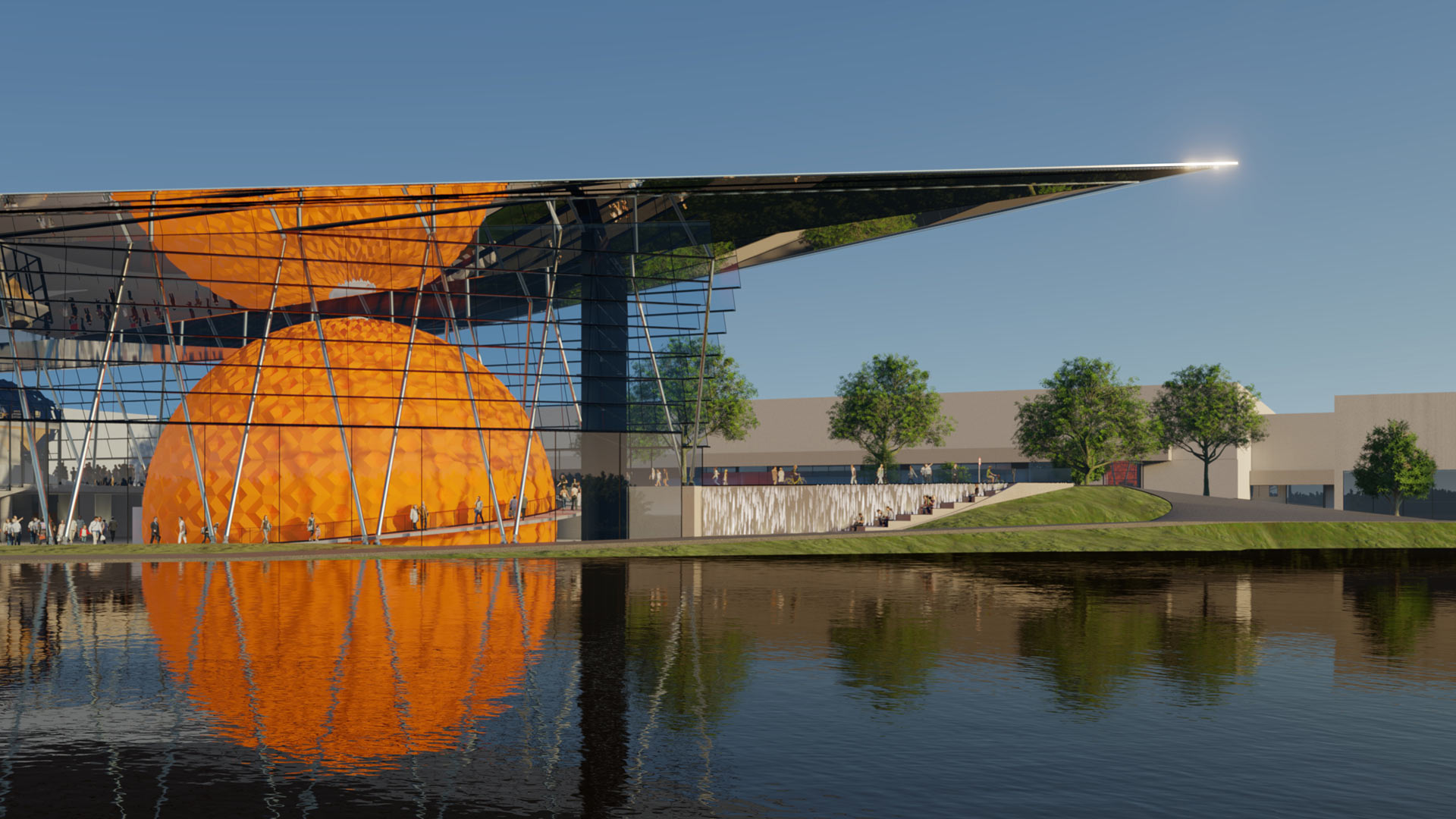 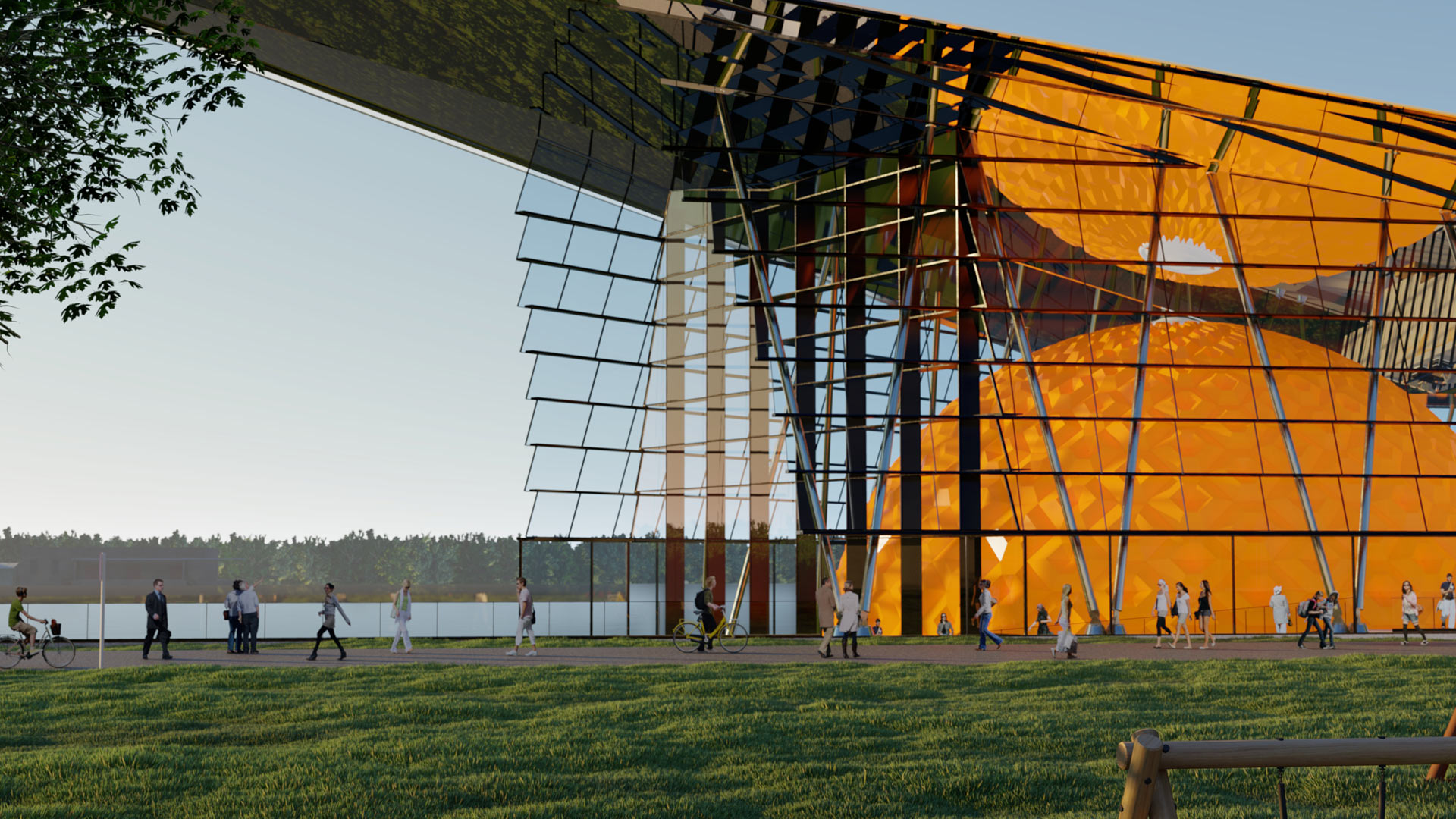 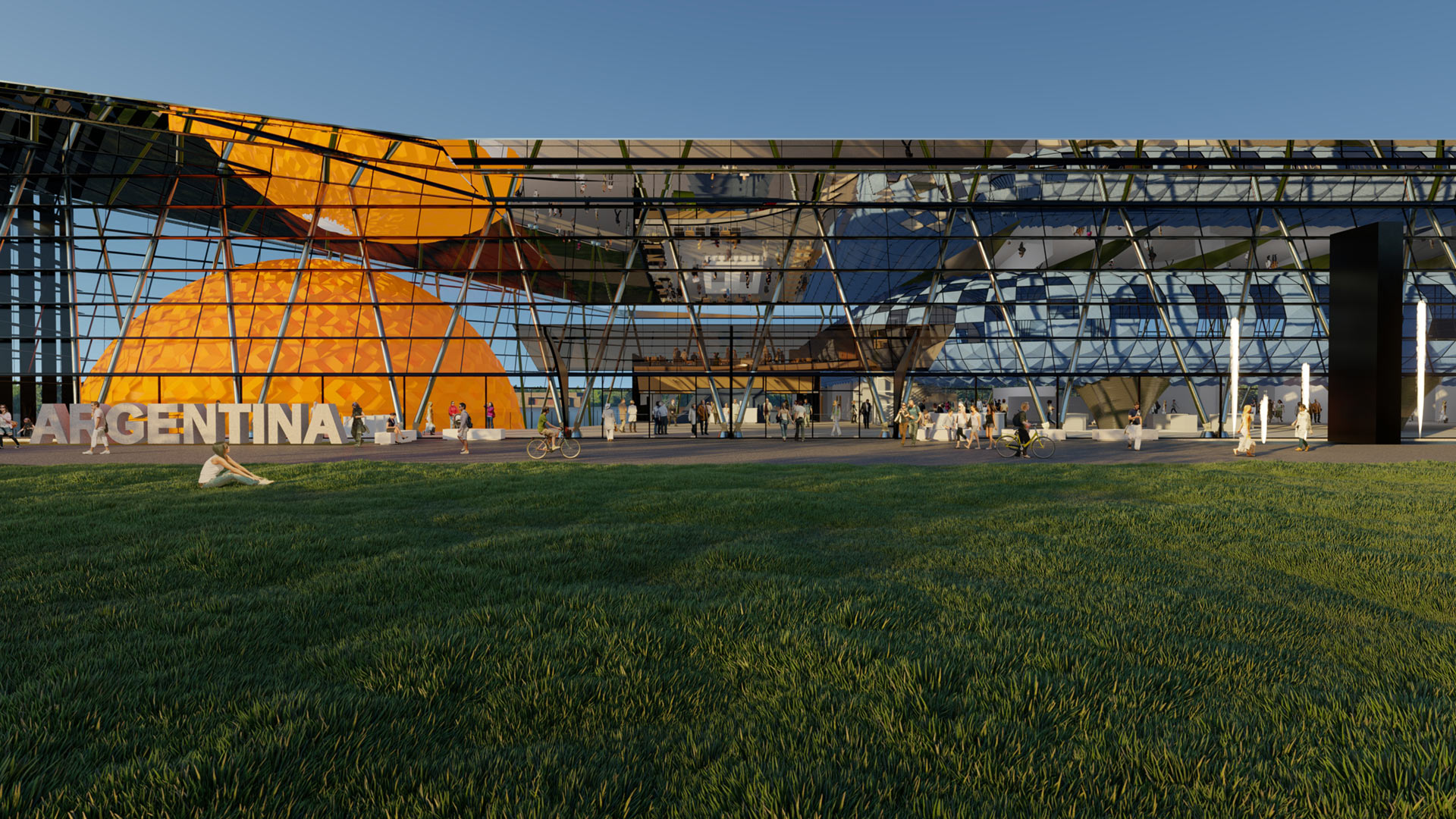 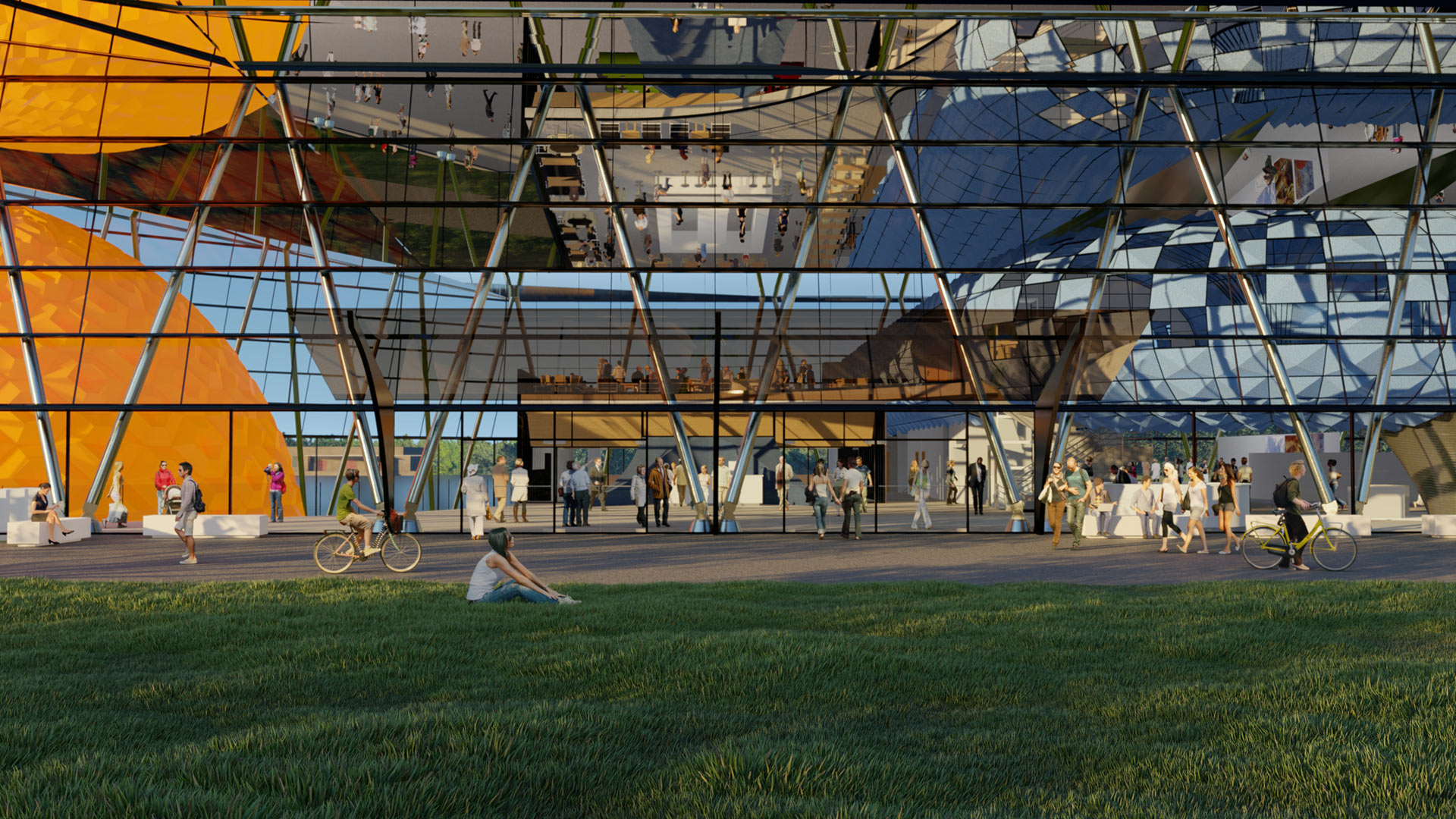 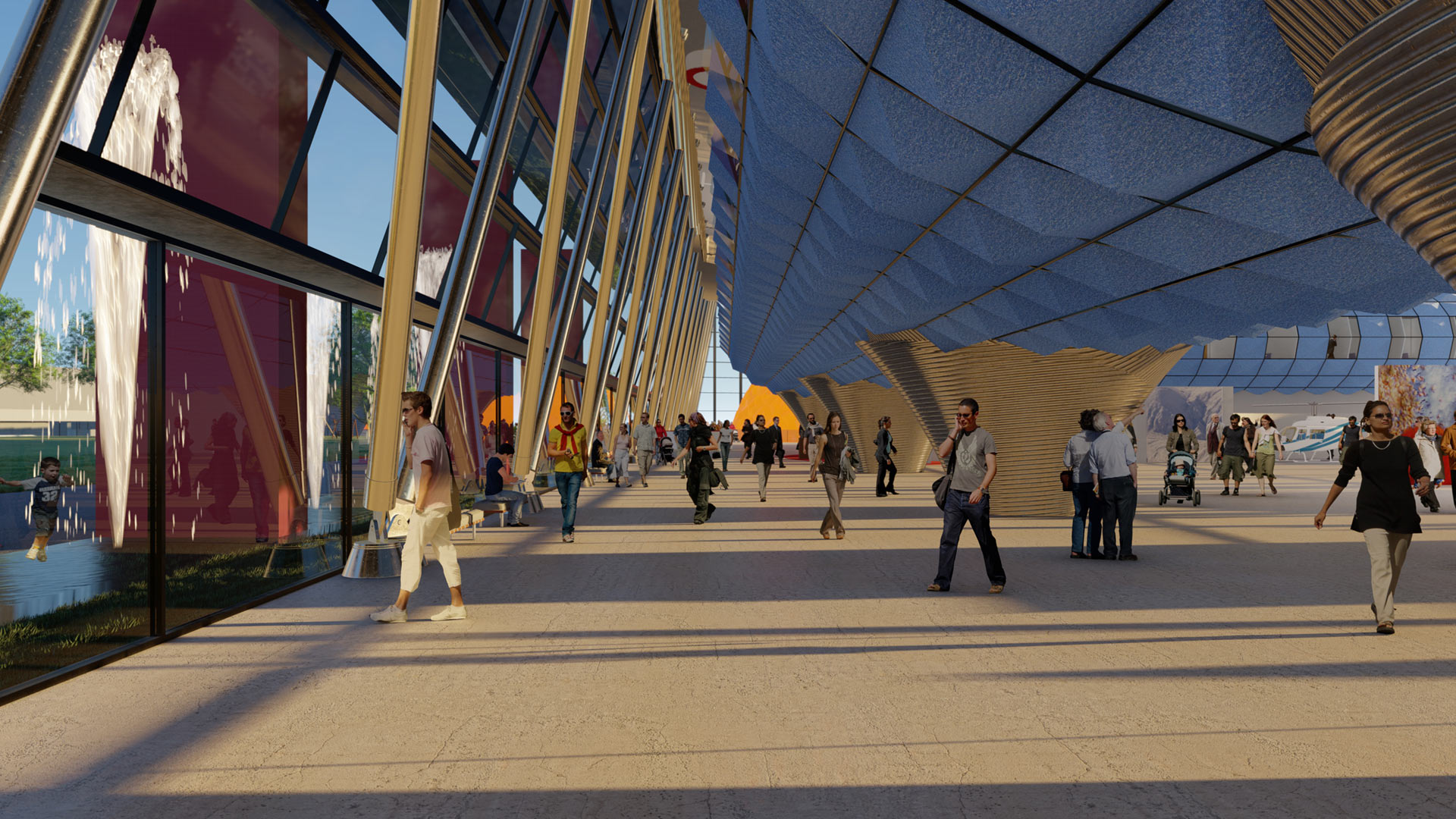 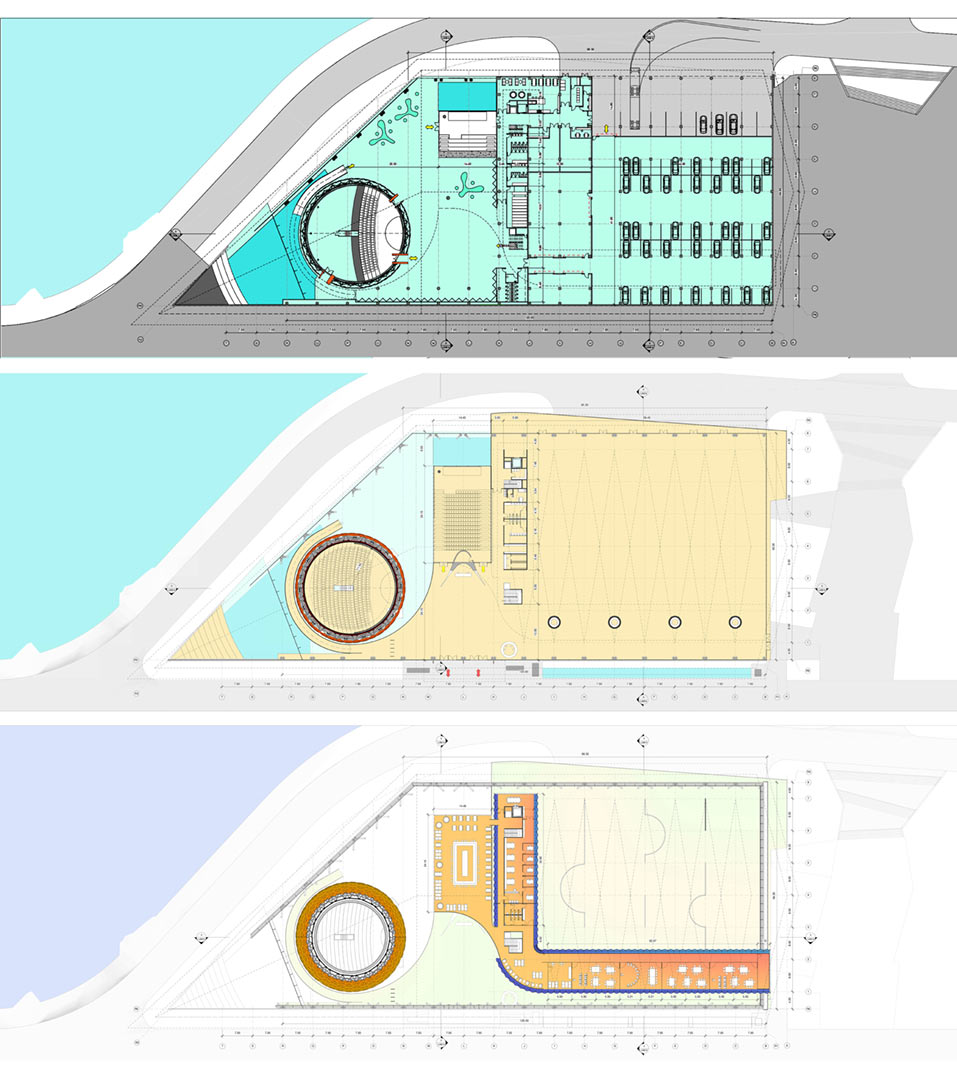 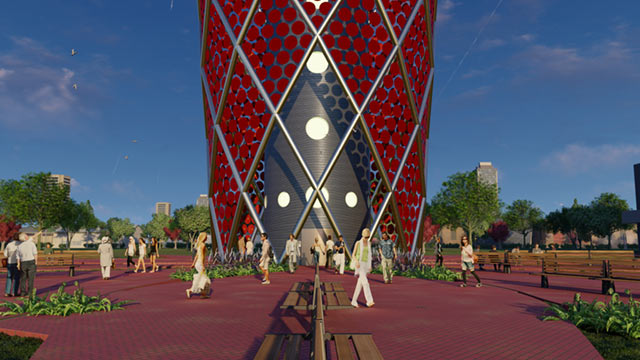 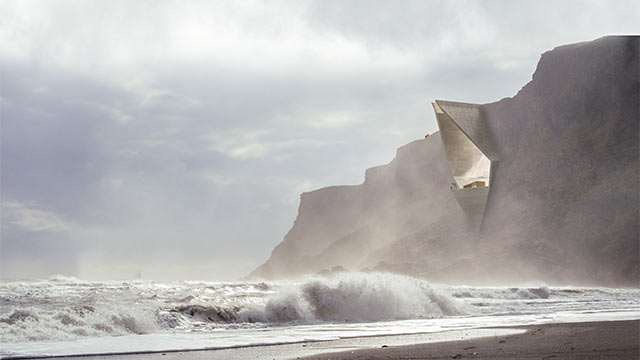 Chapel of the sea. Stella Maris