Located on the Dike 2 of the old port of Buenos Aires, Puerto Madero presently sits the most thriving and modern area of the city of Buenos Aires. This recovered land was put into value through a contest of Ideas held in the 90’s. Today there are few lands remaining in this area available for new works.

Taking advantage of one of the few privileged lands that we have left with a large coastal front, the projected building is presented with a strong formal image, hoping to attract attention and in this way be part of one of the most recognizable Urban Milestones in the city of Buenos Aires at a regional level. This project aims to revitalize the neighborhood of Puerto Madero by harnessing the potential of the area previously built and transforming it into a center of greater community turnout.

The current areas of the dams are now the ‘popular’ place to go in Buenos Aires, having presently become a public urban area. On level zero we find water games, services, local works of art, shaded places and outdoor seating which complements the proposal.

The whole area brings us to the historical past of the community at a time when they first extracted the riches of Argentina.

This building design project aims to join a network of strategically located air transfer buildings near the city of Buenos Aires. In this way together with the other ports it will help decongest vehicle transport in the center of the city. In addition to significantly reducing travel times from the suburban periphery to the urban economic center of Argentina.

The building will house 4 arrival and departure stations serving Electric Drones, accommodating a flow of about 700 people during intended hours. In this way we would be clearing the arrival congestion of automobile traffic in the city and freeing up space that is now used for parking and allowing for more green spaces for the public use.

This will help in addition reduce the pollution generated that is today by combustion vehicles.

In addition, this building will help in filling the lack of a more central shopping center that would supply the neighborhood of Puerto Madero. With this new modern commercial addition will also be added restaurants with spectacular triple decked views of the city. Complimenting the entire building will be a gaming casino that will guarantee a daily and permanent flow of people 24 hours a day, 365 days a year.

The spherically building form will have mixed uses of residential housing, while along the other half will be the Air Transfer Center. Then at the bottom will be location of the Tourist Shopping Center which serves the neighborhood of Puerto Madero. Then on the upper half of the casino on a more metropolitan scale will be and two subterranean soils of garages which will complete all the planned programmatic uses.

The dynamic spherical morphology of the building allows for the release of level zero to generate a large public area. While at the pedestrian access level the set is framed and contained by a stepped edge square, and is directed towards the center of the sphere support which ends in a water feature.

Its design intent is to create an illusion of the whole set floating on this large mirror of water both mirroring and shining thanks to its Brazilian black marble finish. Urban sculptures of renowned artists, sets of waters, more flags of countries of the world will help create a space for the rejoicing of passers-by.

The spherical and particular shape of the building closes inside separated terraced spaces that focus toward the ecological reserve and the famous widest river in the world, the Rio de la Plata.

Accompanying this proposal will be large sunshades of solar control with the gold color of its coating that gives an allegorical function that houses and produces an unforgettable effect on the psyche of the pedestrian.

This entire design concept was intentionally sought in order to create an iconic building that can act as a background for photographs representing one of the characteristic landscapes of the City of Buenos Aires.

The predominance of the mass over the void at the bottom, opens and brightens the above upper half which is intended to display magnificent 360 degree views of the city of Buenos Aires. This is made possible thanks to its totally free floors and the permanent interaction of the City, River, and the Building which will create a destination for everyone to visit, occupy, and enjoy.

We always design with the concept in mind that the citizen is at the center of the design process. This we believe results in special spaces for the community to gather and have pride in their famous international city.

A lasting environment in future time and place! 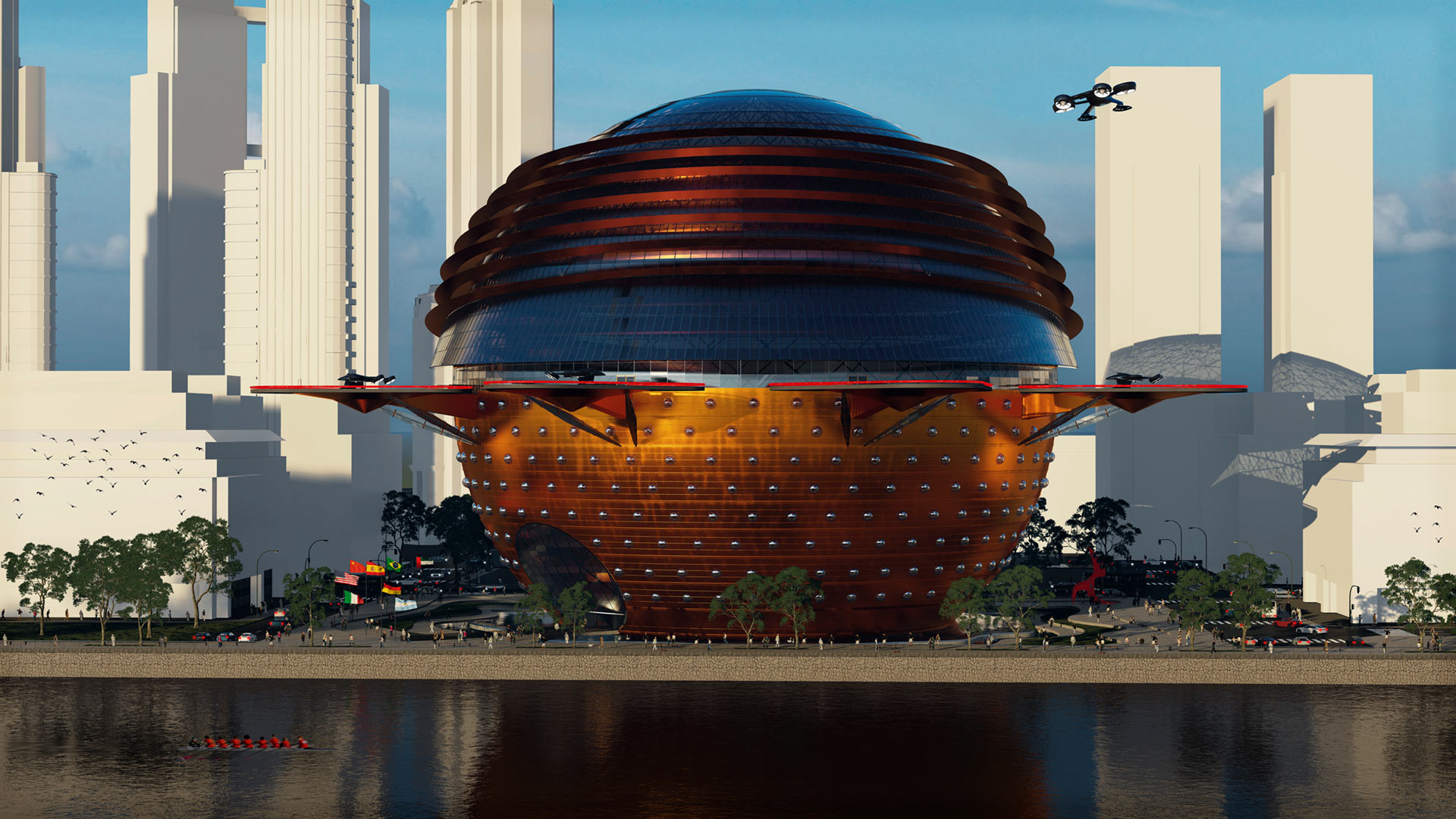 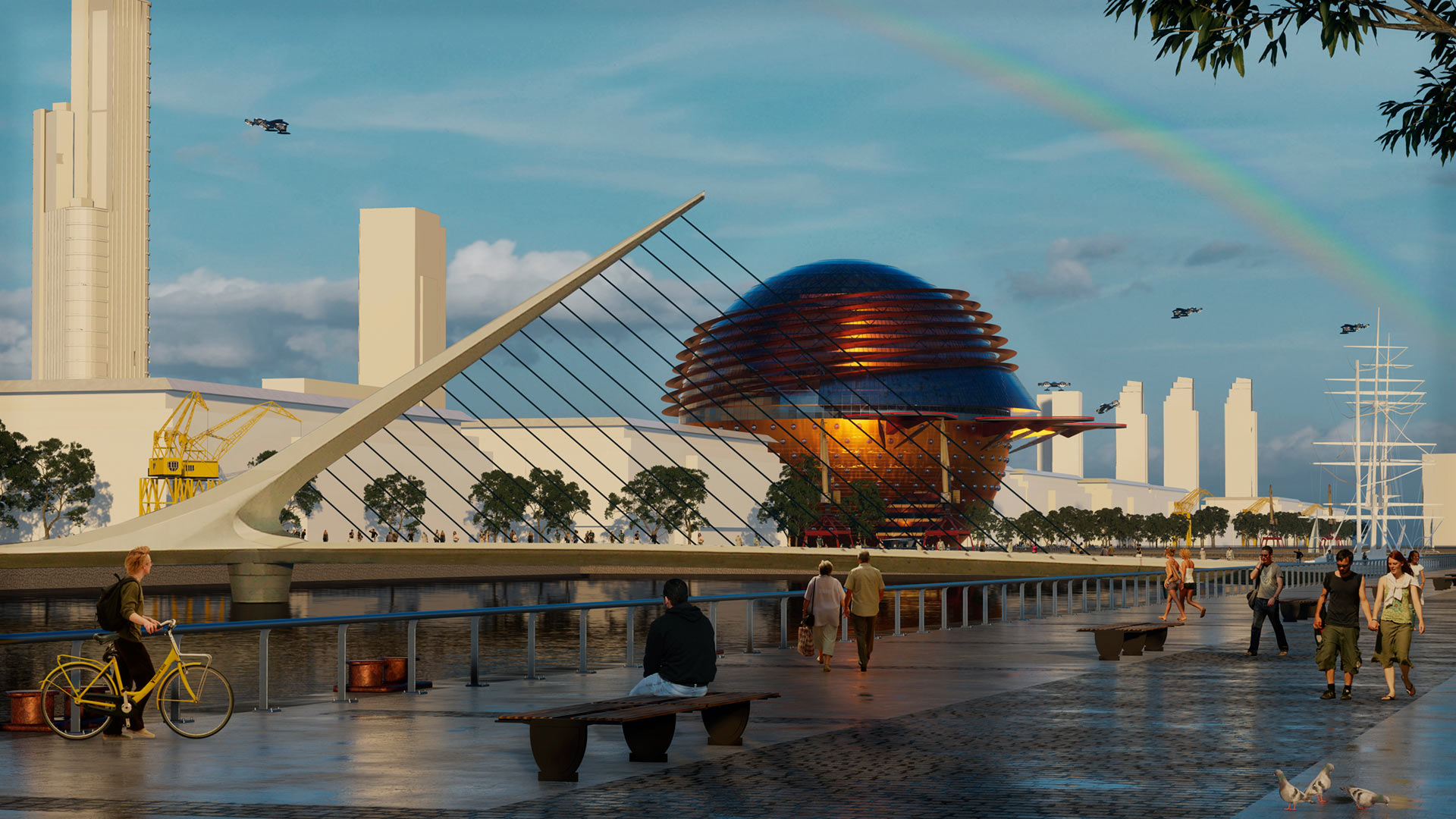 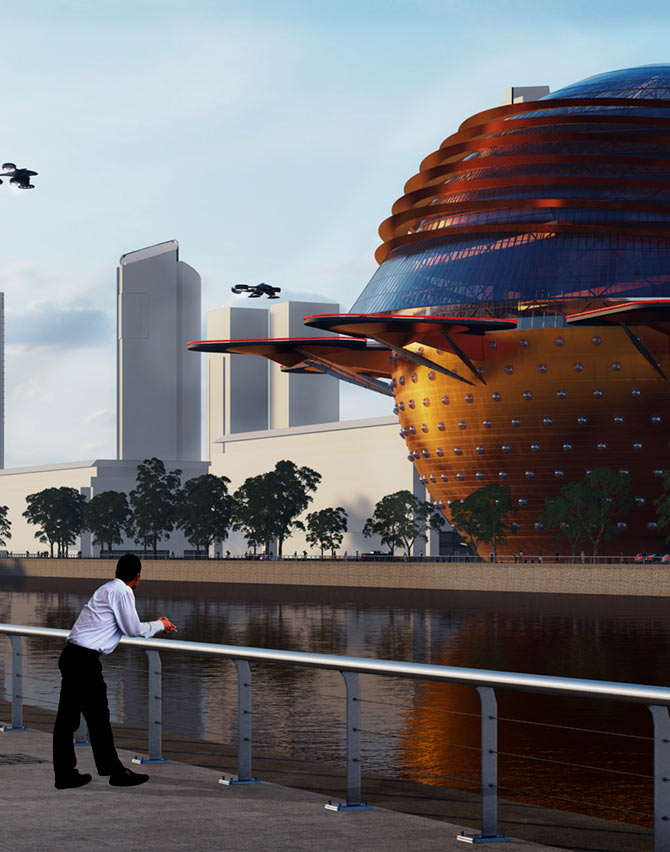 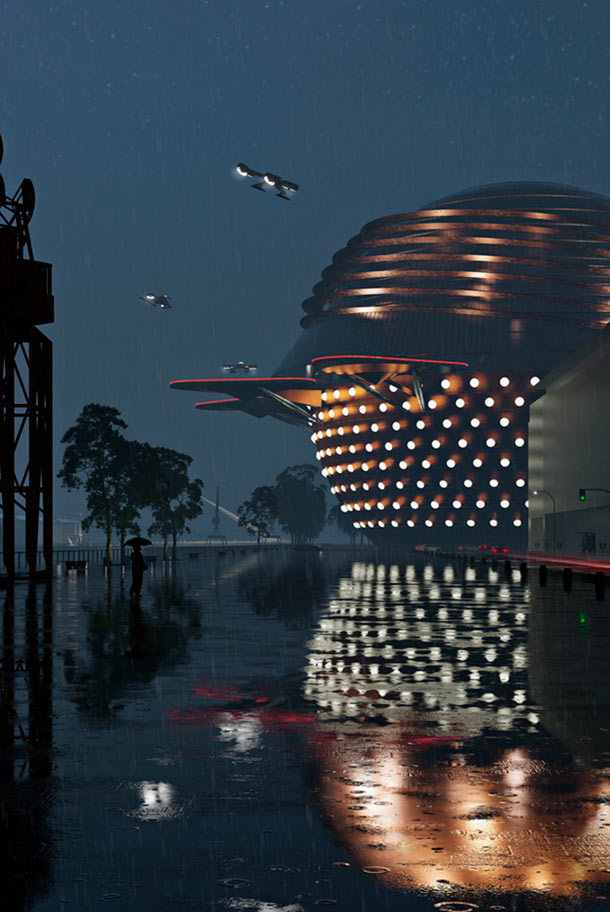 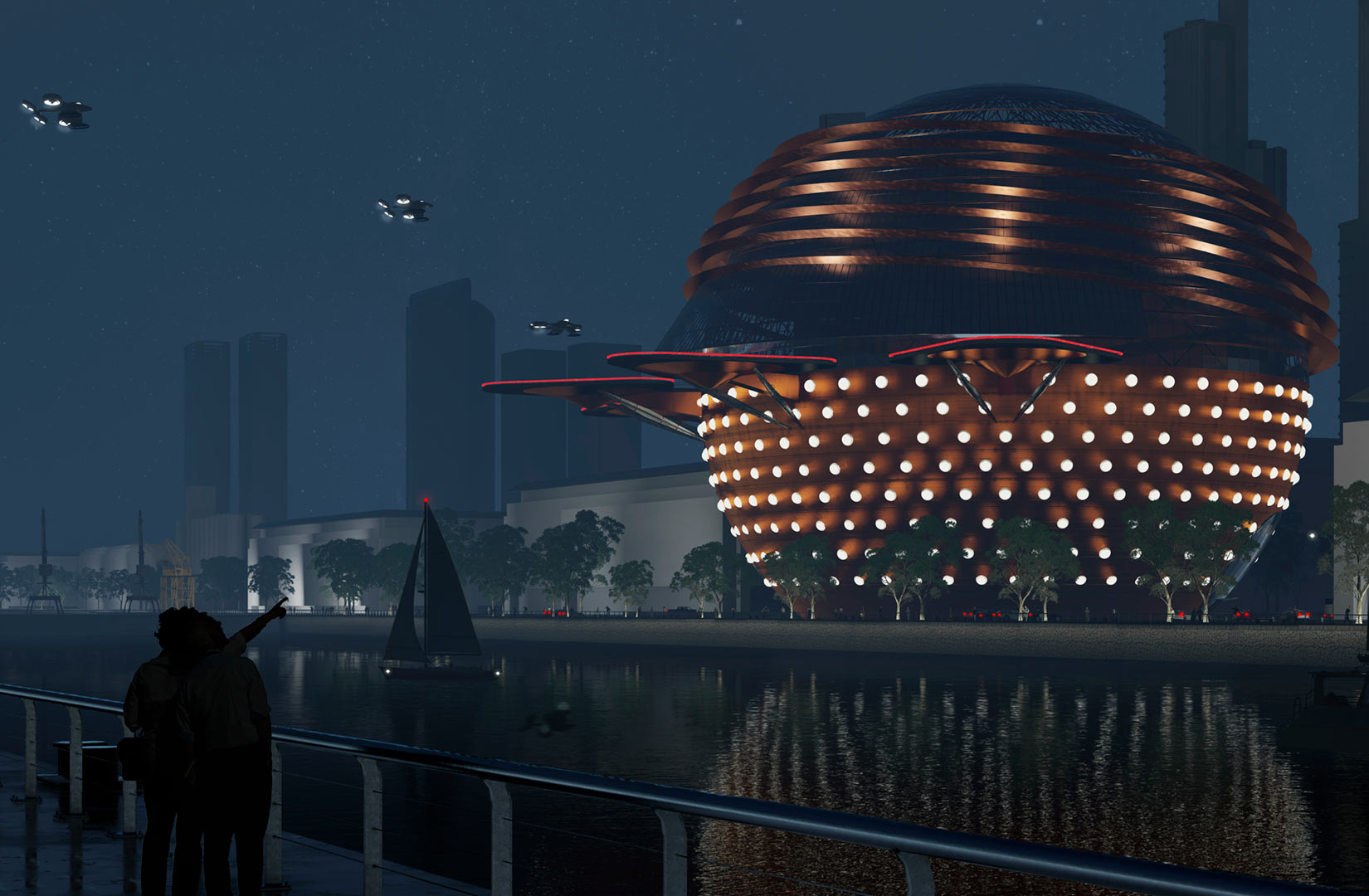 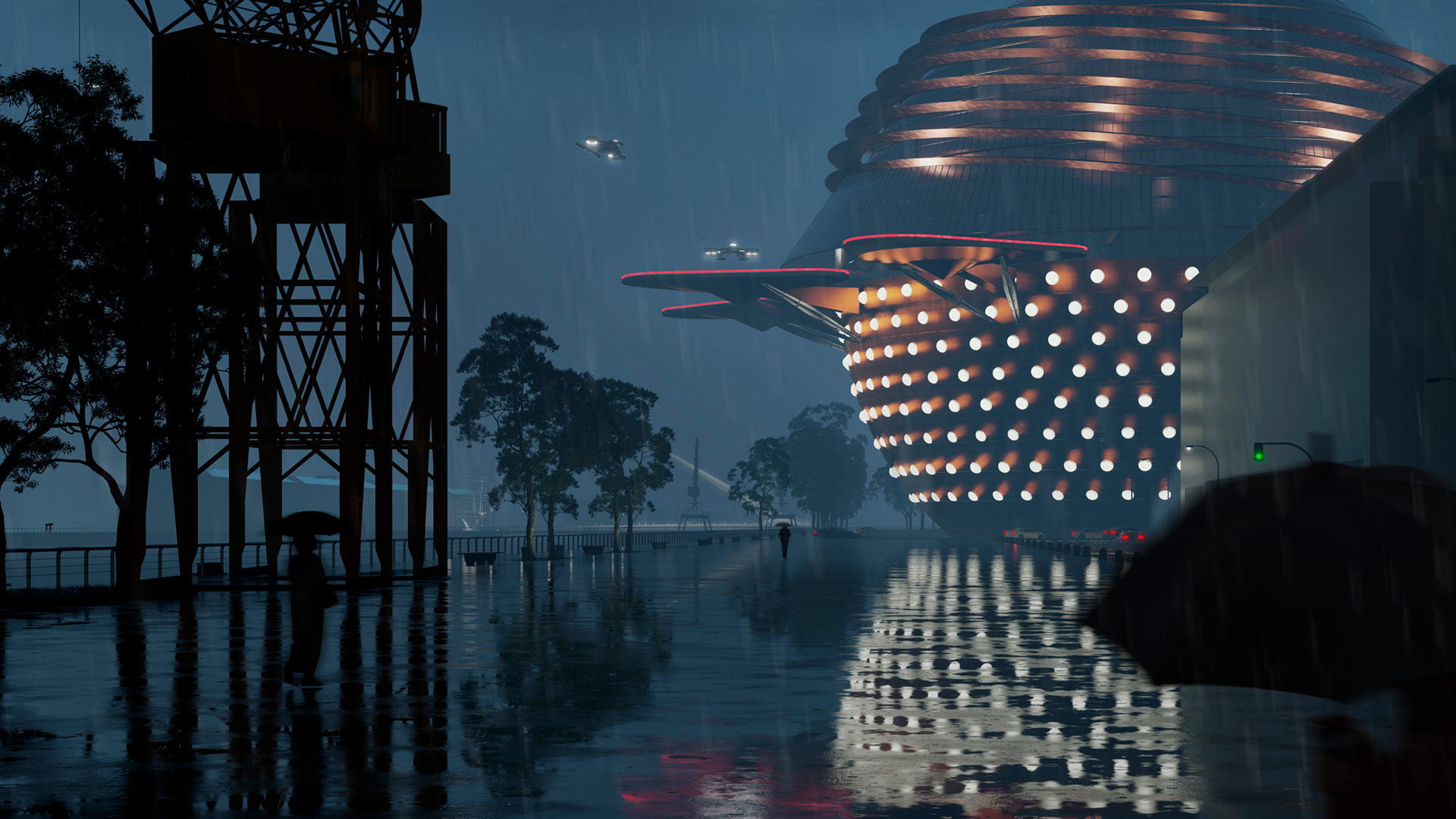 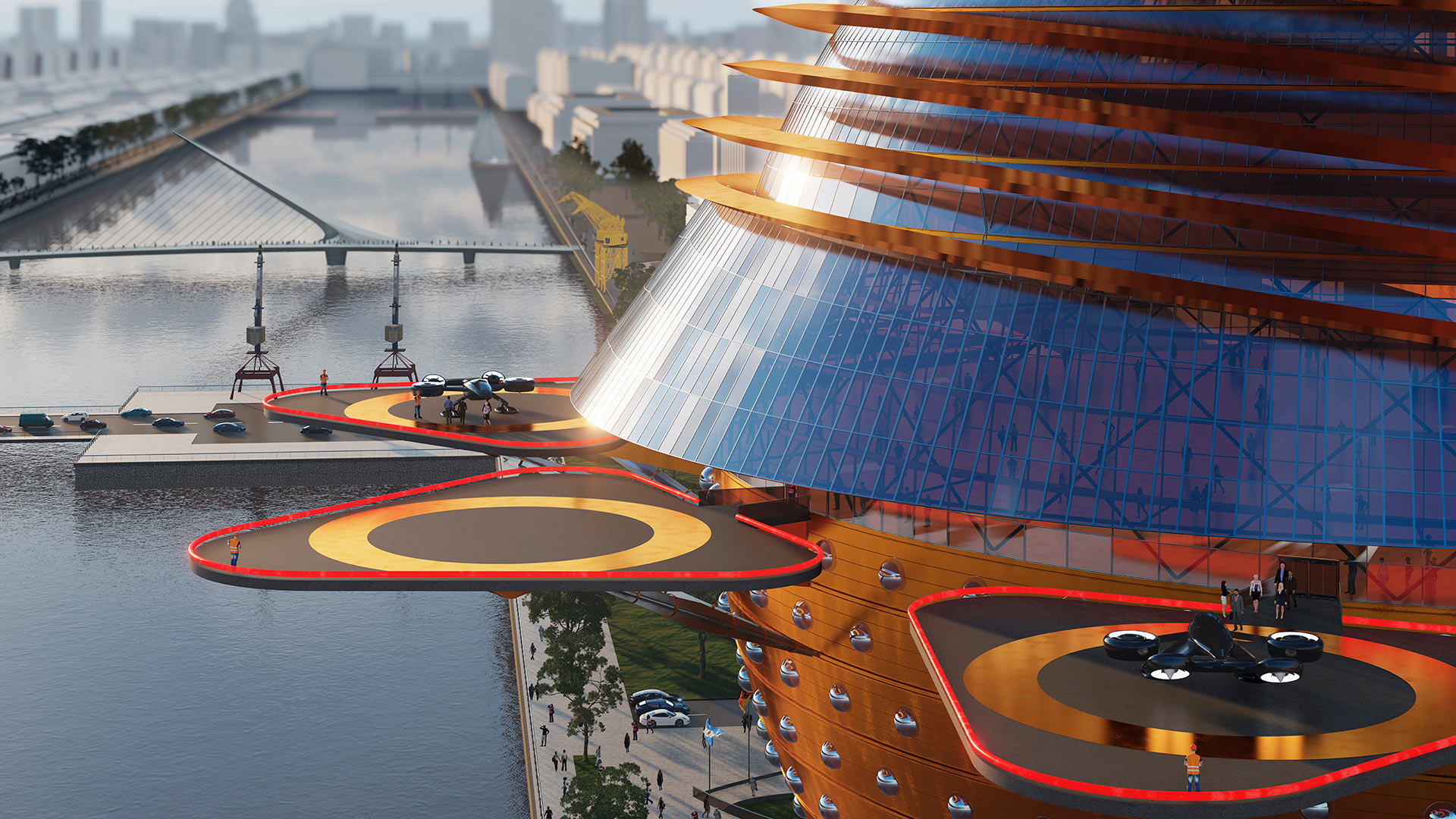 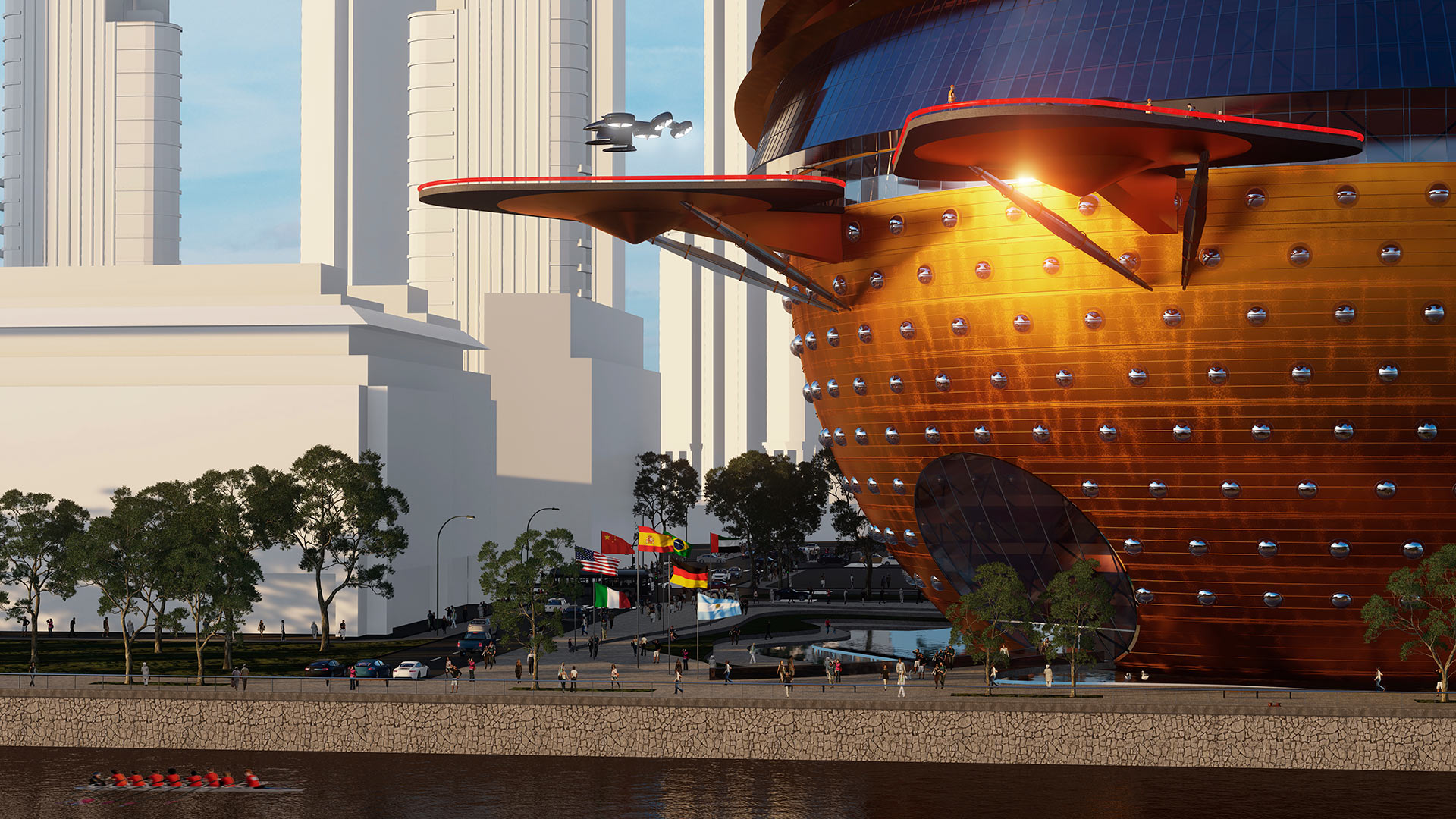 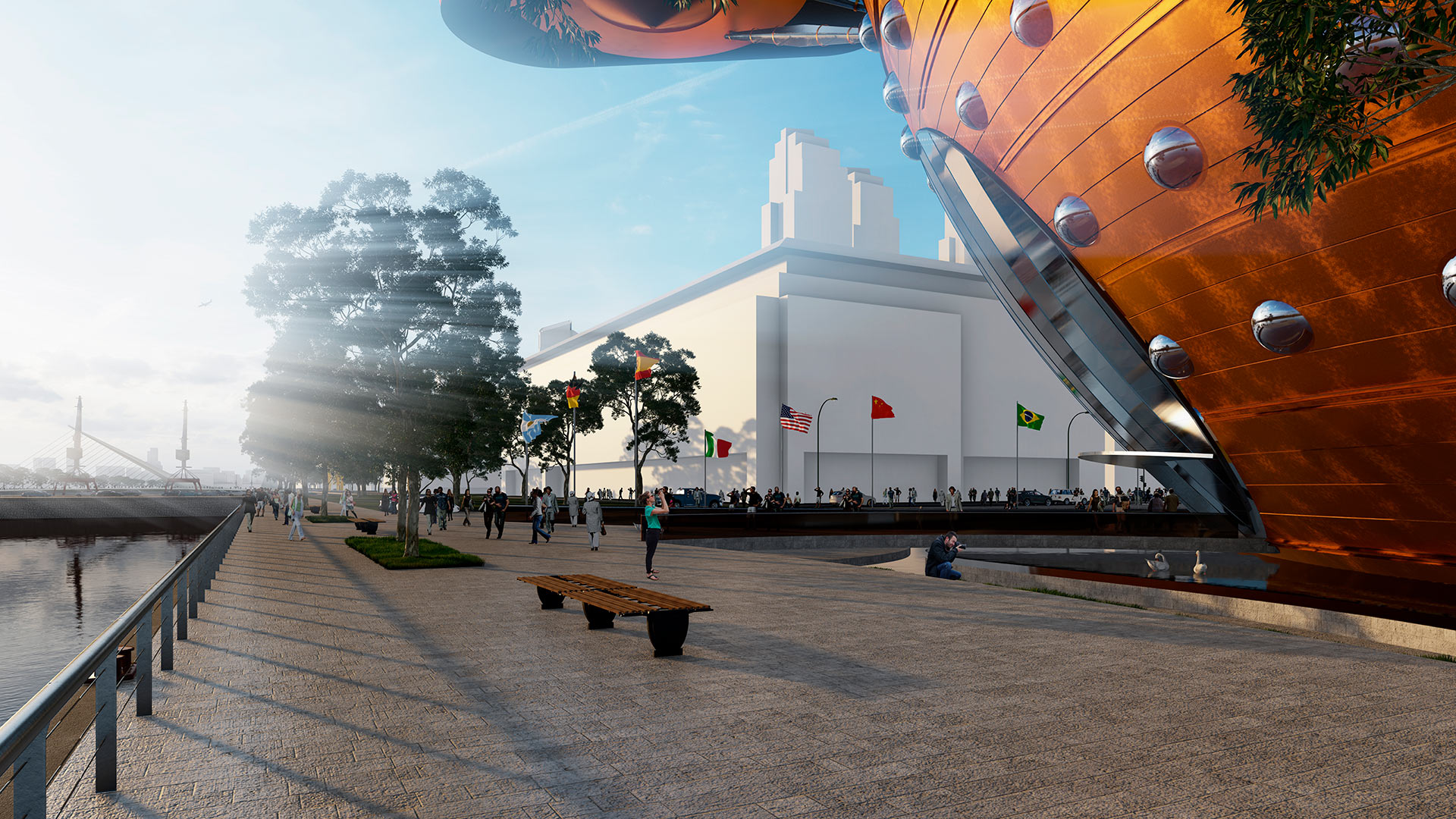 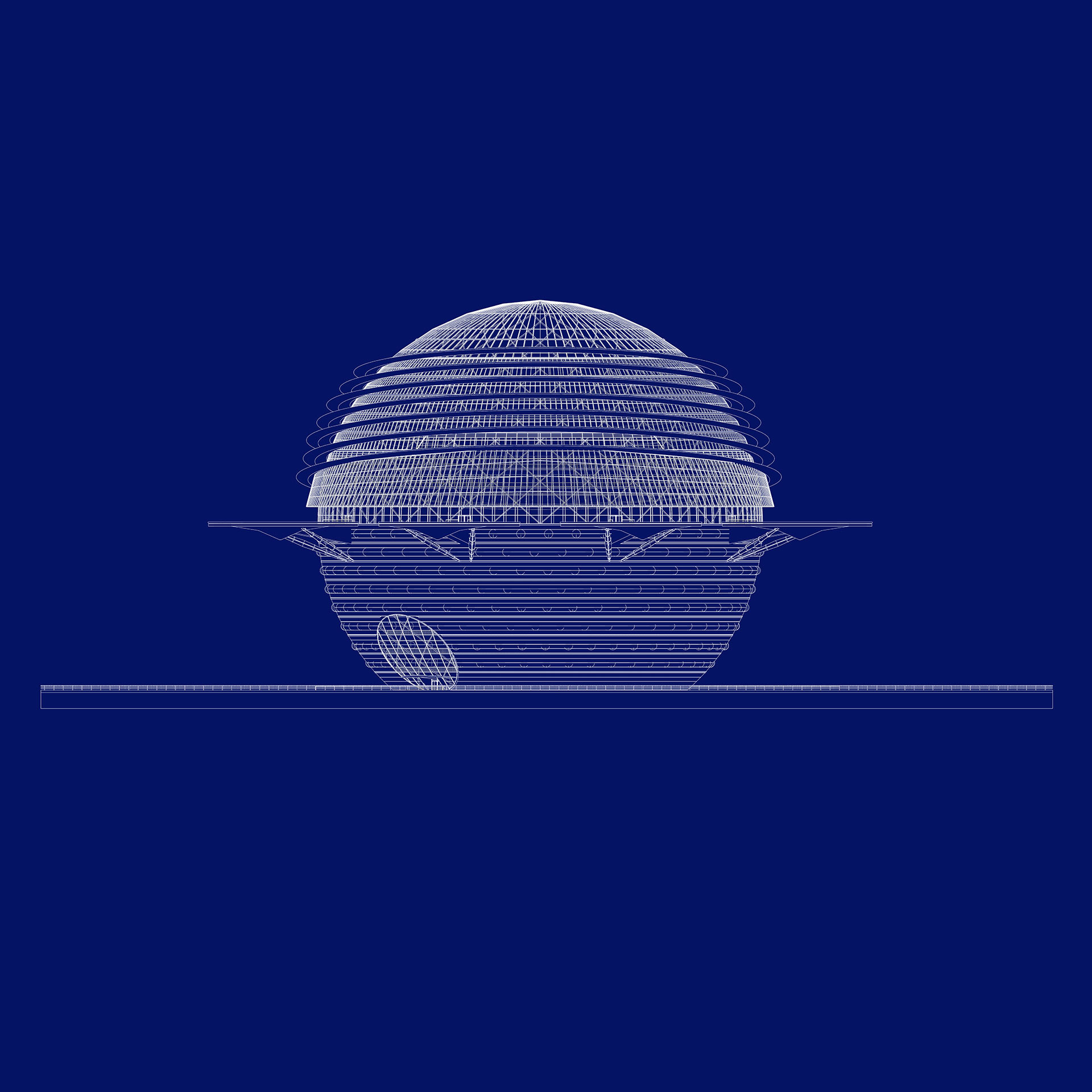 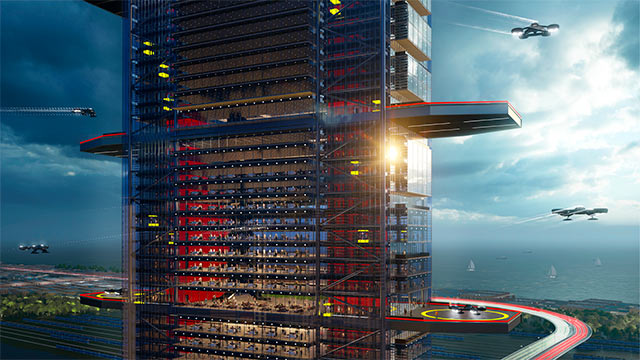 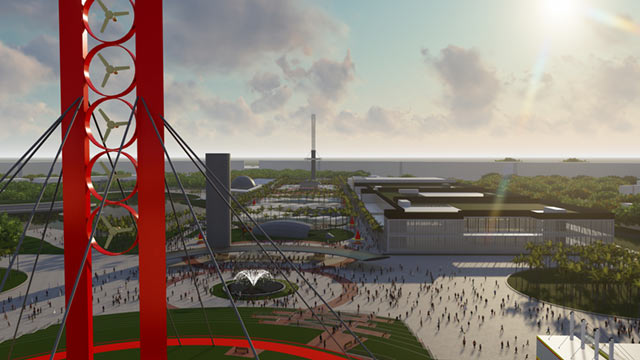